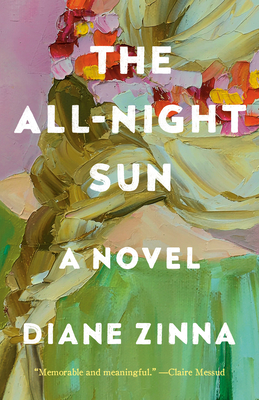 A lonely young woman gets too close to her charismatic female student in this propulsive debut, culminating in a dangerously debauched Midsommar's Eve.

Lauren Cress teaches writing at a small college outside of Washington, DC. In the classroom, she is poised, smart, and kind, well liked by her students and colleagues. But in her personal life, Lauren is troubled and isolated, still grappling with the sudden death of her parents ten years earlier. She seems to exist at a remove from everyone around her until a new student joins her class: charming, magnetic Siri, who appears to be everything Lauren wishes she could be. They fall headlong into an all-consuming friendship that makes Lauren feel as though she is reclaiming her lost adolescence. When Siri invites her on a trip home to Sweden for the summer, Lauren impulsively accepts, intrigued by how Siri describes it: green, fresh, and new, everything just thawing out. But once there, Lauren finds herself drawn to Siri's enigmatic, brooding brother, Magnus. Siri is resentful, and Lauren starts to see a new side of her friend: selfish, reckless, self-destructive, even cruel. On their last night together, Lauren accompanies Siri and her friends on a seaside camping trip to celebrate Midsommar's Eve, a night when no one sleeps, boundaries blur, and under the light of the unsetting sun, things take a dark turn. Ultimately, Lauren must acknowledge the truth of what happened with Siri and come to terms with her own tragic past in this gorgeously written, deeply felt debut about the transformative relationships that often come to us when things feel darkest. Praise for The All-Night Sun "Inventive and luminous . . . ­­­­­Zinna's intimate debut dazzles with original language, emotional sentience, and Swedish folklore as it plumbs the depths of grief, loss, and friendship . . . Zinna reaches an inspired emotional depth that, as the title signifies, never stops blazing."--Publishers Weekly (starred review)

Diane Zinna is originally from Long Island, New York. She received her MFA from the University of Florida and has taught writing workshops for more than a decade. She formerly worked at AWP, the Association of Writers & Writing Programs, and in 2014, Diane created the Writer to Writer Mentorship Program, helping to match more than six hundred writers over twelve seasons. Diane has become well-known for her popular, online grief writing sessions that have grown each Sunday since the start of the pandemic. Diane lives in Fairfax, Virginia, with her husband and daughter. The All-Night Sun is her first novel.