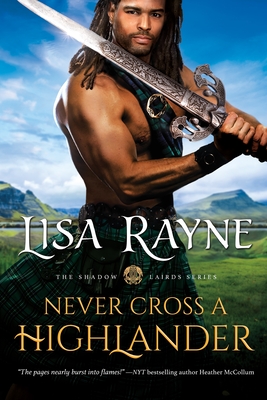 Ailsa Connery has waited three long years to finally escape her enslavement at Stirling Castle and reunite with her clan. But her carefully laid plans are completely destroyed by the arrival of the infamous Highland warrior known as Dubh Mahoun, the Black Devil...who has plans of his own.

Kallum MacNeill's fearsome reputation has long allowed him to keep hidden his secret double life of freeing enslaved captives across the land. It's only when he kidnaps a servant lass—quite by accident—that he finds himself facing a wee predicament. He must accompany the lass home or risk her exposing his true identity. It'd be easy enough...if the feisty hellion didn't fight him at every turn.

As they make their way to the Highlands, the perils the two must face are surpassed only by their constant sparring. Soon, their heated sniping sparks heat of a totally different kind. The kind that ignites a hunger that could consume them both. Yet the difficult journey is no match for the dangerous secrets they're about to uncover.

An award-winning author, Lisa graduated from college with a bachelor’s degree in Comparative Literature, going on to obtain her law degree. She practiced intellectual property, entertainment, and media law before becoming a historical romance writer. She started her career writing contemporary romance and won four Emma Awards (two in 2016 and two in 2017). Her first sports romance debuted on two Amazon bestseller lists. Always looking to try something new, Lisa’s excited to put her sexy, banter-laden spin on historical romance.

Lisa currently lives in the Midwest, where she serves as track mom to two collegiate daughters.