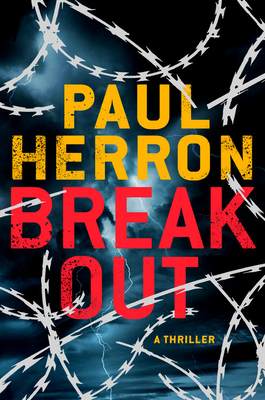 In this heart-pounding thriller, a correctional officer and an ex-cop are fleeing a hurricane—but their only hope of survival is a maximum-security prison where they face new untold dangers.

Hurricane Anna: a superstorm made up of two Category 5 hurricanes coming together to wreak unprecedented havoc along the eastern seaboard.

When the superstorm hits, the correctional officers at Ravenhill flee, opening all the cell doors and leaving the inmates to fend for themselves as the floodwaters rise. But Jack Constantine, an ex-cop serving ten years for killing one of his wife's murderers, isn't going to just lay down and die. Not when his wife's two remaining killers are among the prisoners relocated to the Glasshouse to ride out the storm.

Meanwhile, Kiera Sawyer, a Correctional Officer on her first day at work is the only officer left behind when the others flee. Sawyer rescues Jack and offers to team up. If they can make it to the Glasshouse they might just survive the hurricane. But that involves making their way through the prison, fighting off eight hundred blood-crazed inmates as the building fills with water and the wall crumble all around them.

PAUL HERRON is a Scotsman struggling (and failing) to survive the heat and humidity of South Africa. Although BREAKOUT is Paul’s debut thriller, he also writes computer games and comics, and has worked on over twenty-seven television shows, one of which was nominated for an International Emmy Award. One of his previous works of fiction is being developed by Jerry Bruckheimer Productions and CBS as a television series. Paul lives with his wife, Jo, on the east coast of South Africa. He has three children.

A rioting maximum-security prison being drowned by a superstorm is a savage and elemental milieu, which Herron renders in adrenaline-paced prose. Insistently cinematic; a pulp triumph.—Dominic Nolan, author of Past Life and After Dark