The City of Mist: Stories (Paperback) 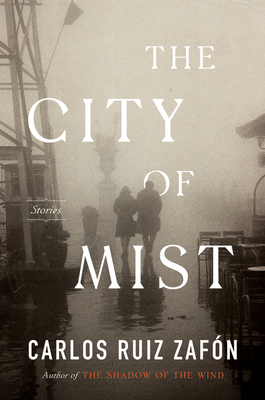 The City of Mist: Stories (Paperback)

Return to the mythical Barcelona library known as the Cemetery of Forgotten Books in this posthumous collection of stories from the New York Times bestselling author of The Shadow of the Wind and The Labyrinth of the Spirits.

Bestselling author Carlos Ruiz Zafón conceived of this collection of stories as an appreciation to the countless readers who joined him on the extraordinary journey that began with The Shadow of the Wind. Comprising eleven stories, most of them never before published in English, The City of Mist offers the reader compelling characters, unique situations, and a gothic atmosphere reminiscent of his beloved Cemetery of Forgotten Books quartet.

The stories are mysterious, imbued with a sense of menace, and told with the warmth, wit, and humor of Zafón's inimitable voice. A boy decides to become a writer when he discovers that his creative gifts capture the attentions of an aloof young beauty who has stolen his heart. A labyrinth maker flees Constantinople to a plague-ridden Barcelona, with plans for building a library impervious to the destruction of time. A strange gentleman tempts Cervantes to write a book like no other, each page of which could prolong the life of the woman he loves. And a brilliant Catalan architect named Antoni Gaudí reluctantly agrees to cross the ocean to New York, a voyage that will determine the fate of an unfinished masterpiece.

Imaginative and beguiling, these and other stories in The City of Mist summon up the mesmerizing magic of their brilliant creator and invite us to come dream along with him.

Carlos Ruiz Zafón is the author of eight novels, including the internationally bestselling and critically acclaimed Cemetery of Forgotten Books series: The Shadow of the Wind, The Angel’s Game, The Prisoner of Heaven, and The Labyrinth of the Spirits. His work, which also includes prizewinning young adult novels, has been translated into more than fifty languages and published around the world, garnering numerous awards and reaching millions of readers. He lives in Los Angeles.

"Mesmerizing...Absorbing, old-fashioned storytelling from an indisputable master of the form, atmospheric settings and characters who exist in the margins between reality and imagination...tapping into a sense of ethereal mystery and otherworldliness."
— BookPage

“Ruiz Zafón, the best-selling Spanish author since Cervantes and a conjurer of wonder and mystery…brings to life his hometown Barcelona, that magical and mysterious city, in a collection that is both familiarly satisfying and poignant, revisiting many of his signature themes such as desperate youthful love and its consequences, as well as class prejudice.”
— Washington Post

“Carlos Ruiz Zafón was a brilliant writer…This book shows us just how talented he was…There is much to savor in The City of Mist, and I am thankful that Ruiz Zafón provides us a literary beacon through the mist that has been the past two years.”
— Book Reporter

“Imaginative and beguiling storytelling…These stories summon up the mesmerizing magic of their brilliant creator."
— Book Riot